“Bollywood is full of empty promises.”

The entire nation stood together mourning the death of our very beloved and young star Sushant Singh Rajput. All we could think of was the mysterious death of the star – from news, social media to Political parties everyone promised to unveil the truth for the poor soul.

When we face a loss of something people tend to have a lot of sympathy for us. We happen to get condolences from everyone, empty promises of their presence in our bad patch. However if we speak of death, people don’t really die, they live in our memory forever.

But now, all we can see is people posting memoirs for the star on his birthday. Was the entire want of justice a charade to get a good TRP or attention. As sad as it is none of it surprising, well this is how the world works, it is all a pretend.

All we could see is people mask themselves as individuals who understand about mental health and well-being of other.  Not only understand but pretend that they care. It is sad to see how people move on from such sensitive issues. Is life of an individual so worthless?

The media, the political parties are no longer worried about justice as that issue is no more the hot topic to serve them attention. All we can see now are candles and roses by a few fans who have lost hope of justice. Instances like these show how shallow the world can be.

It is a shame for people to use such delicate issues for their use, knowingly they were taking advantage of his fans and their mourning stage. Is this the key to be where these people who gave us shallow promises have reached? How can a common man expect justice if someone with such a huge fan base is also been forgotten.

This is not the last death….

The industry that looks so shiny and pleasing is sickening from the inside. An outsider who made it big was already not accepted but the industry took away an amazing human being only because it bruised their delicate ego.

All I want to say is People actually die when they are forgotten by others and here his poor soul was not meant to be gone the way he did. 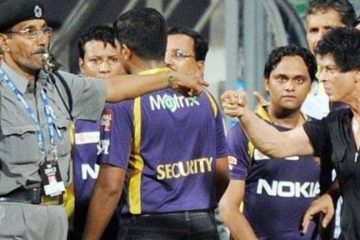 “Should They Be Our Role Models“ It is no secret that Bollywood has connections with Underworld, though it doesn’t need the underworld to make one hell of a list to make criminals. From the possession Read more…