“Should They Be Our Role Models“

It is no secret that Bollywood has connections with Underworld, though it doesn’t need the underworld to make one hell of a list to make criminals.

From the possession of drugs to prostitution, there is nothing we have not seen. From Scandals to lessons Bollywood has seen it all.

We all know Shahrukh Khan is known for his gentleman etiquettes, in 2012 action was taken against him by Cricket Association officials of Maharashtra for abusing security.

The star was way too drunk to realize he cannot do what he did and got banned from the stadium for five years. The media took a high swing with the stunt.

The “Royalty of Bollywood” forgot how to behave at public places, he was charge sheeted for hitting an NRI Business man at Taj Mahal Hotel over a very small argument, well the Nawab got it back for showing people no one can mess with him.

Also let’s not forget the fact that he is one of the accused for Black Buck poaching case.

In 2001, Fardeen Khan was caught attempting to buy cocaine, the case was booked under section 27 of NDPS Act. He was later released stating that he was not in the business and was a first timer.

We all know how that works on the inside.

This actress was involved the notorious Abu Salem who is underworld don and most wanted criminal after bomb blasts in 1993. She was arrested along with her boyfriend in Portugal with Forged documents (Passport).

In 2005 she was deported to India after serving the jail term.

The bad boy of Bollywood has nothing to hide from his deeds to his personal life, he was sentenced for imprisonment for 5 years for illegal possessions of Pistol which is 9mm and AK-56 Assault rifle.

Some say he was associated 1993, Mumbai blasts. TADA stated that he had close relations with Abu Salem.

Salman Khan is the person who will come to your mind when we think about illegal misconduct.

He was known for his annoyed behaviour being involved in two major cases.

The first case is hit-run case in 2002 and other Black Buck Hunting case for which he was sentenced to 5 year jail.

He got relief from the court but he has got enough experience with the criminal cases.

The Scandal that shocked the entire Indian audience was Shiney Ahuja rape case, the actor that could have made it to the top could not hold it in his pants. He was accused of rape in 2009 by his maid and molesting her before the incident took place.

This incident ended his career in the Industry. 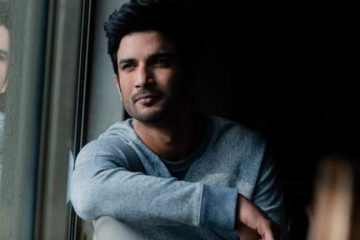 “Bollywood is full of empty promises.” The entire nation stood together mourning the death of our very beloved and young star Sushant Singh Rajput. All we could think of was the mysterious death of the Read more…